So the last few weeks have been full of celebrations in my household. My brother who moved to Austin, Texas nearly 2 years ago came home for his first visit since going so there was a lot of excitement and celebrating having him home for the short time that he was. Along with this my mam retired after over 30 years of being a teacher so of course that caused for more celebrations. My mam was having friends over one night to celebrate and she asked me would I make some dessert. Of course I can never turn down an opportunity to bake so I went to town as they say. I made my usual cupcakes because they never fail and are always a big hit. This time I made KitKat and Oreo ones which went down a treat with everyone. Along with this I made a lemon drizzle cake from Tanya Burr’s book which I have never made before and it will need some work next time I make it but it went well for a first attempt.

Of course no party is complete without a cake. From browsing Instagram and Pinterest I had seen this KitKat cake that I really wanted to make so I thought this was the perfect opportunity. It was so simple to make but really turned heads when people saw it. I used another recipe from Tanya’s book which was the Sunday cake recipe which is a really nice chocolate sponge cake. I sandwiched the two cake together with a Oreo butter-cream icing then it was time to smother the whole thing in melted chocolate. That was some sight!  I used the chocolate as a glue to stick the kitkats to the outside of the cake and then tied a ribbon around it to stop them from falling off as the chocolate cooled and it also just looks pretty. I used the two finger kitkats all around the outside and I think I used nearly 20 bars, I had to nip to the shop halfway through to buy more. On top I used maltesers, white chocolate buttons and smarties to decorate. I arranged them in what I have to say was a very satisfying pattern. Then it was finished. I was so happy with the end product and it looked amazing, even if I do say so myself. After finding a way to cut it up which was not the easiest, it was also tasted pretty good and was a hit with everyone.

When there is nothing left but crumbs you know that it was a great success. Now I just need another event so that I can make it again and improve it. 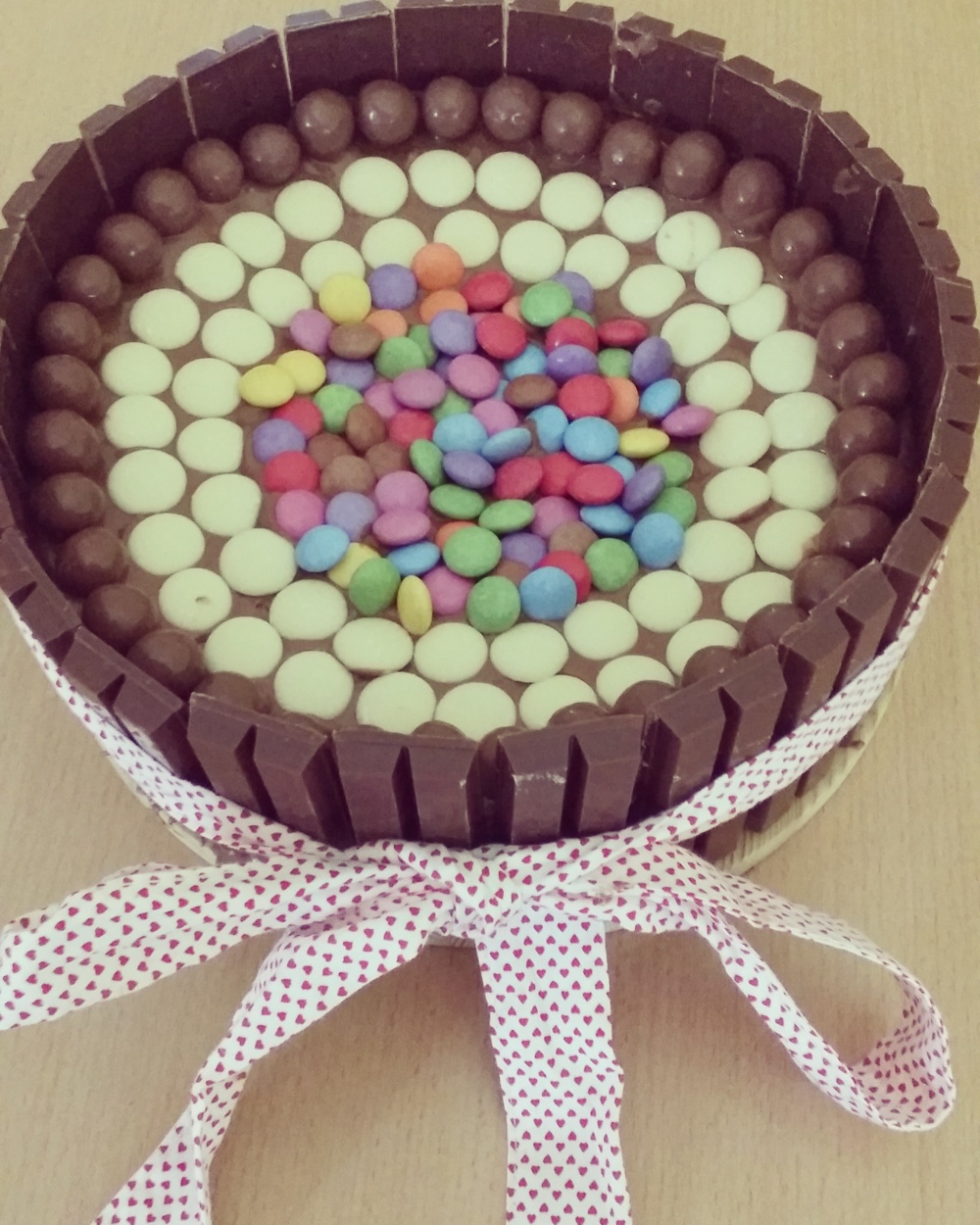