So ever since we have arrived here everyone has been telling us to head to see the Gorges du Verdon. We looked them up and thought yes this would be amazing for a day trip but there was only one problem….we had no way of getting there. There is no train station or a bus to get there so without a car it made it very difficult but we found a way. Two of the girls went with a few of their teachers one weekend for a hike and they confirmed that they truly are amazing which just made us want to go even more… always want what you can’t have:).  Well luck was on my side in the shape of Klara’s (the Austrian assistant) mam who was driving to come pick Klara up as her contract was over a month earlier than ours. They had planned to head to the Gorges Du Verdon on the Saturday before leaving and very kindly offered to take me and one of the other assistants along too. What better way to spend our last day together than to go on a little road trip. 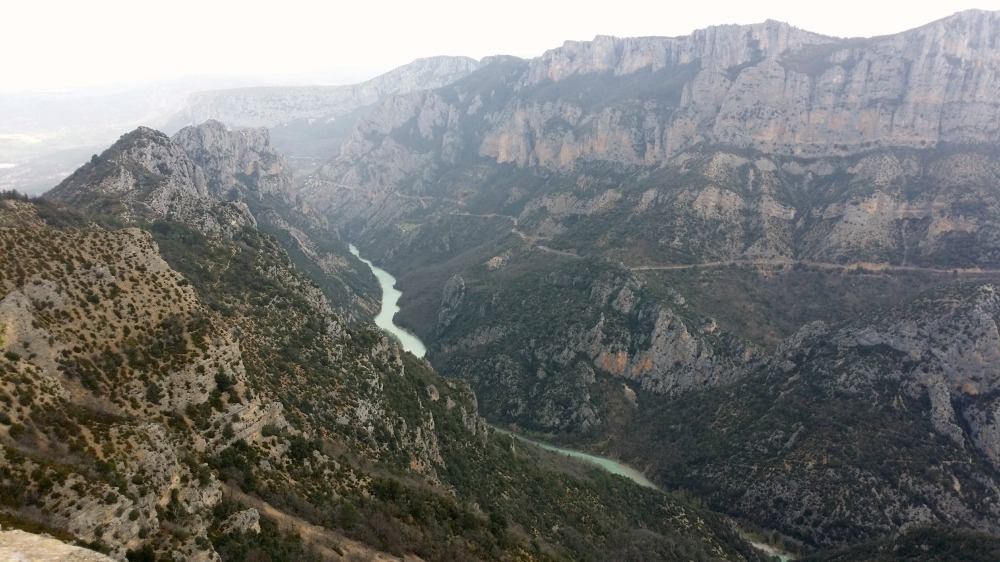 We got up bright and early and set of, it would take us about 2 hours or so to get there but that would also involve lots of stopping off for photos. We headed to the boulangerie to stock up on croissants for breakfast and some sandwiches for lunch on the road and then we were good to go.  We headed up and up out of the valley where Draguignan is situated and continued to twist and turn which I have to say was not the best for my stomach but the views were amazing so that made up for it. With rolling hills on either side it was strange to think we only lived about 15 minutes from this but had never seen it, the disadvantages of having no car. We made a stop in a little village along the way which I will give a separate post to so look out for that, then it was back on the road. 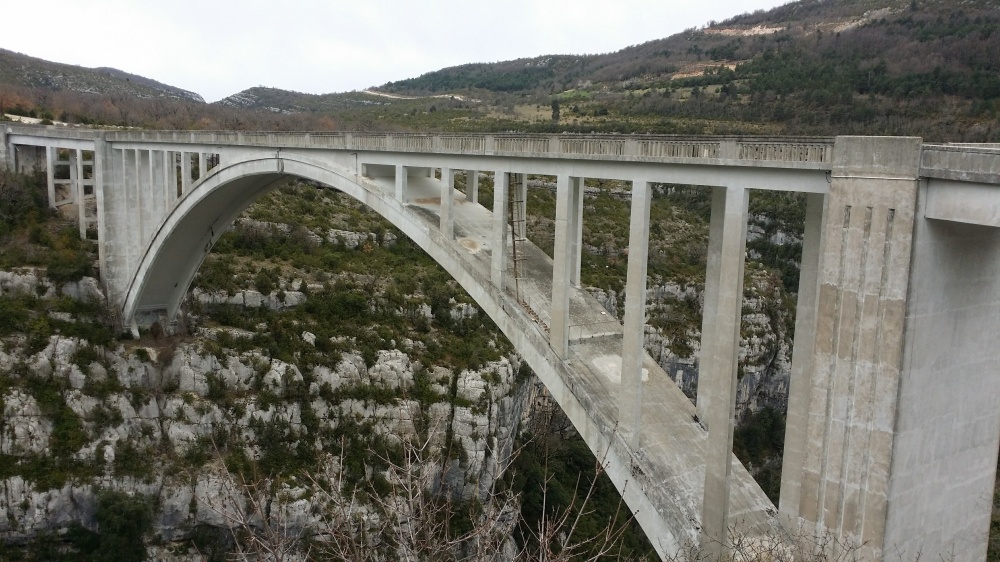 I don’t think I had quite prepared for how spectacular the view would be but I was not prepared for what I saw. Pulling into the side of the road for I think photo stop 1 of about 6 or 7 , all we could see was a sheer drop with a faint colour of blue at the end. Risking it to get the photo but trying not to fall off the edge of the cliff we thought we would head on to the next spot to maybe get a better shot. Then we saw a little pathway and decided to follow it which led us to a viewing platform which definitely gave us a better view. It was spectacular. The grey rock faces juxtaposed which the aqua blue of the river was just amazing. It was a little scary looking down because it was quite a drop and I didn’t want my phone falling to it’s death but just wow! It really makes you think just how amazing nature really is.

After a few more stops we arrived at the lake and it was time to get the sandwiches out for our picnic. I liked to think of it as a very Irish picnic because the weather was not on our side so we ate them in the car but  it was nice looking out over the lake and we still got some pictures.  After this we decided to head back , of course taking another de-tour to another little village which I will give a separate post to (you’ll get my little joke then).

It was so nice spending the day exploring and before we had to say goodbye to Klara which is always horrible but we have a reunion in Austria in less than 2 weeks so it’s all good. Also from listening to her, her mam and her mam’s friend all speaking German in the car I now what to learn German 🙂 This year has made me want to learn every language under the sun from french to Italian to German to Spanish. I’ll find the time some day.

If you get a chance to head to the Gorges du Verdon I would definitely recommend it, maybe on a day when the sun is shining but that is not always possible. I would love to head back and hike some of it because I’m sure that would be amazing.