When I was in London last weekend visiting friends we decided to head out on my last night for a meal and it was up to me where we went. This in itself was problematic as I am not the best person for decisions especially  when it involves other people. Along with this there was so much choice that it made the decision harder. In the end we decided on Bills as I had seen so many people go there in vlogs and wanted to check it out. We had also tried to go for breakfast the day before but couldn’t get a seat so it was second time lucky. It is a really quirky homely place with wooden chairs, sofas and candles everywhere. As it was my last night I decided to have a cocktail or more accurately a mocktail with watermelon and other fruit juices. It came served with a huge chunk of watermelon on the side of the glass which looked amazing. It was so nice and refreshing.

I had had burgers on my mind the whole day so I decided to go for a burger with bacon and cheese with sweet potato fries. The burger was cooked to perfection and the sweet potato fries where some of the best I have ever had. It went down a treat. When you are out for dinner you of course have to have a sneaky look at the dessert menu and even though I had just bought some Krispy Kreme doughnuts I thought ‘ What the heck’ I’m on my holidays. There were mini doughnuts on the menu that caught my eye because double doughnuts are better than none. They were severed warm coated with cinnamon with chocolate sauce to dunk them in. It was heaven on a plate.

I would definitely recommend Bills to anyone. The food was amazing, the people were friendly and the price was nice on the bank account. I would definitely just go back for the doughnuts which is always a good sign. 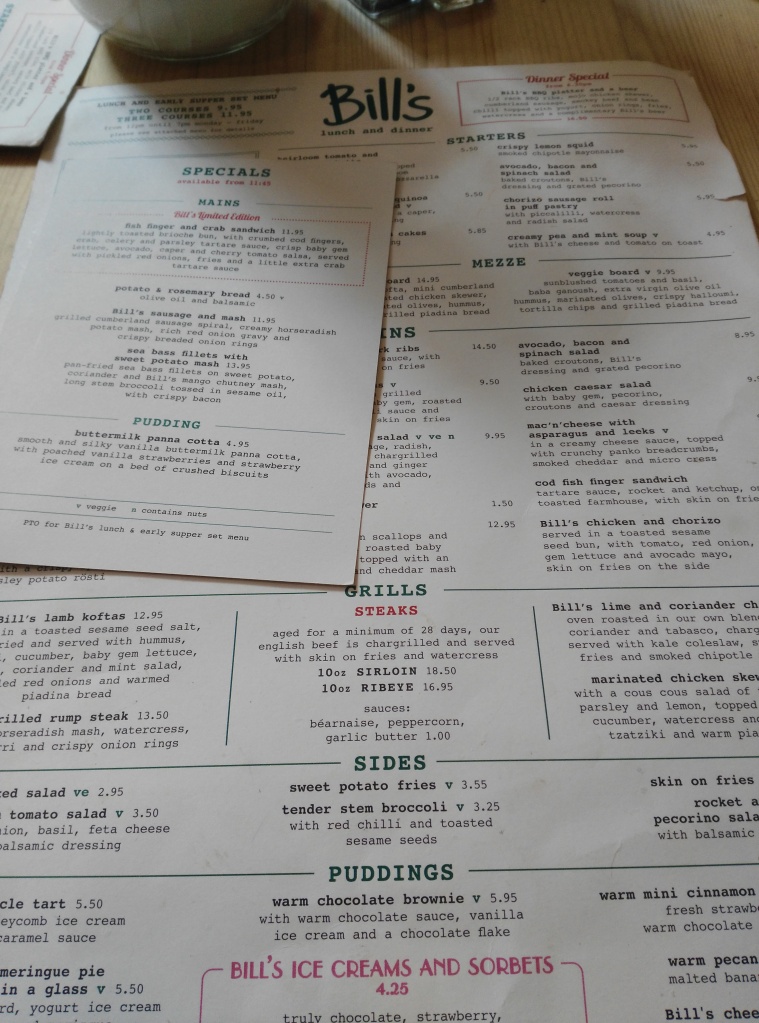 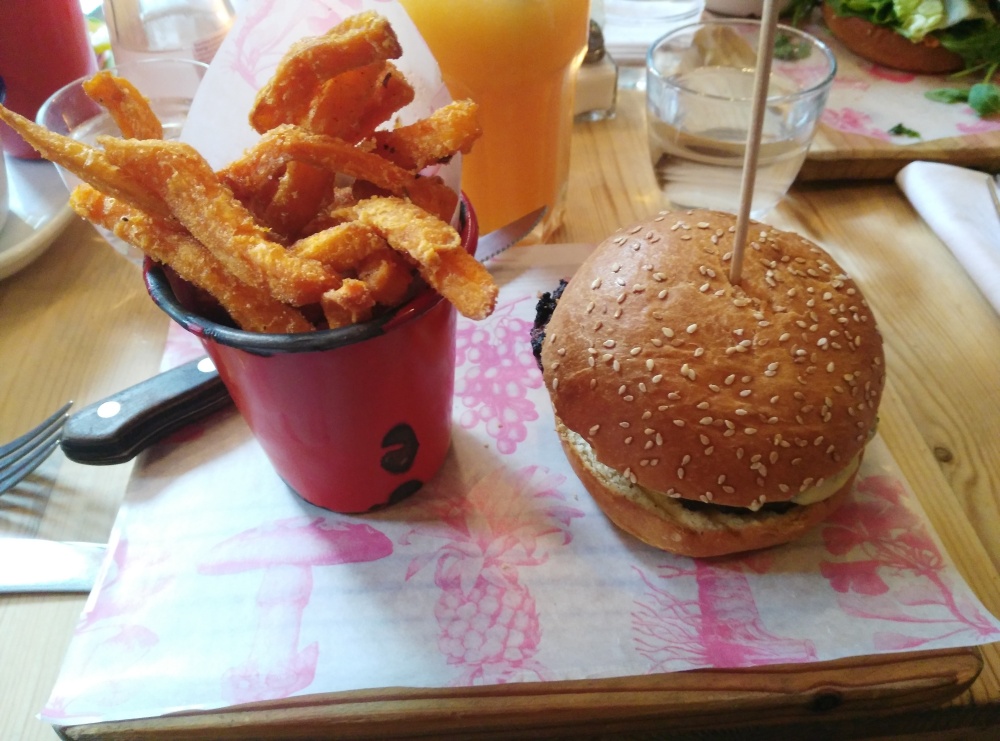