With camp over and all the tears out of my system from saying goodbye, my next stop was to Vancouver to visit some of my friends from summer camp. Heading to the airport for my 5 hour flight had me very excited to see some old faces and a new city to explore. Everyone had told me that I would love Vancouver so I was really looking forward to it. I was staying in my friends house on her couch which was great, it was only a 20 minute bus ride from downtown so perfectly situated for my adventures and also free accommodation which is always a benefit of having friends all over the world. I did pay her in cupcakes so don’t worry. 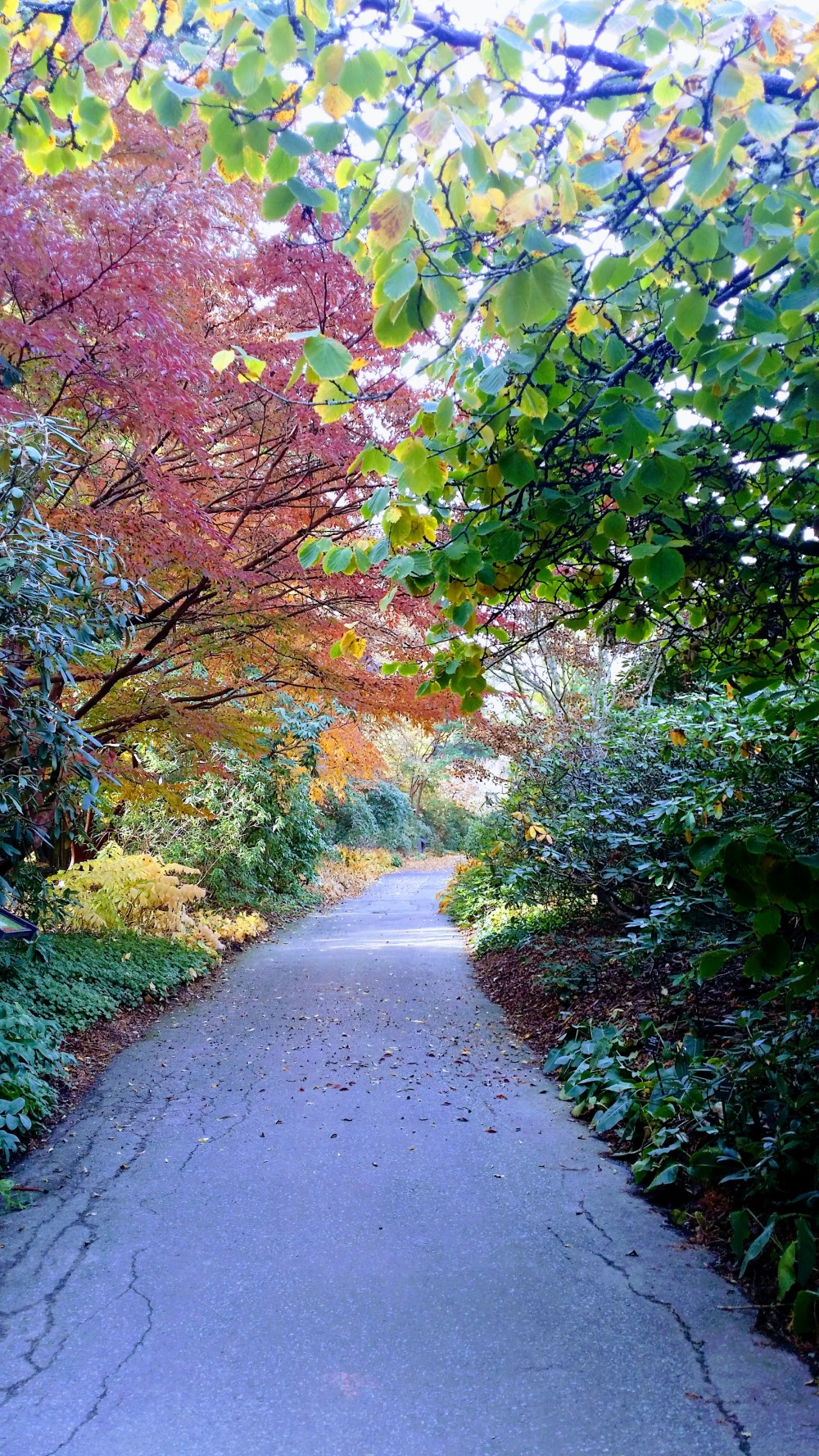 On my first day I just headed out for a walk to explore and buy some groceries to keep me going for the week that I would be there. The streets were covered in orange and yellow leaves showing that autumn or fall had well and truly arrived. I was very lucky with the weather that I had as it was dry and sunny each day which made perfect weather for exploring. I headed to Broadway to have a look at the shops and also stop in for a spot of lunch. I headed to a cafe called Thomas Hass and had the most amazing parsnip soup with truffle oil and a nice hot chocolate to warm me up a little. Then I continued to wander around. The beauty of having a week in Vancouver is that I had plenty of time to just wander around and still know that I would get everything I wanted to do done. It was also nice coming back to the apartment and being able to chill out and cook my own food. I made like a veggie burrito bowl/tacos pretty much every night I was there and it was so good. I slept on my friends sofa bed but it was so comfy , I had some of the best night sleeps.

On Saturday I headed out for my first proper day of exploring, I hopped on the bus and headed for Granville Island. This is an area just across the water from downtown which has a large public food market and also some independent shops. It is lovely to walk around the market seeing all the fresh food and flowers, it is a feast for the senses.  Choosing what to eat for lunch is certainly a huge dilemma when you have so many choices around you. I went for a slice of pizza to start from Pizza Pzazz and then had some perogies from Kaisereck Delicatessen which had been highly recommended by my friend and for my first time having perogies they certainly didn’t disappoint.  I then finished off my food adventure with a doughnut from Lee’s Donuts, to say I was stuffed to the brim is an under statement but it was so good. I then headed down the Island Park Walk which is a walk all along the waterfront around Vancouver and got a great view of downtown and Stanley park from across the water. 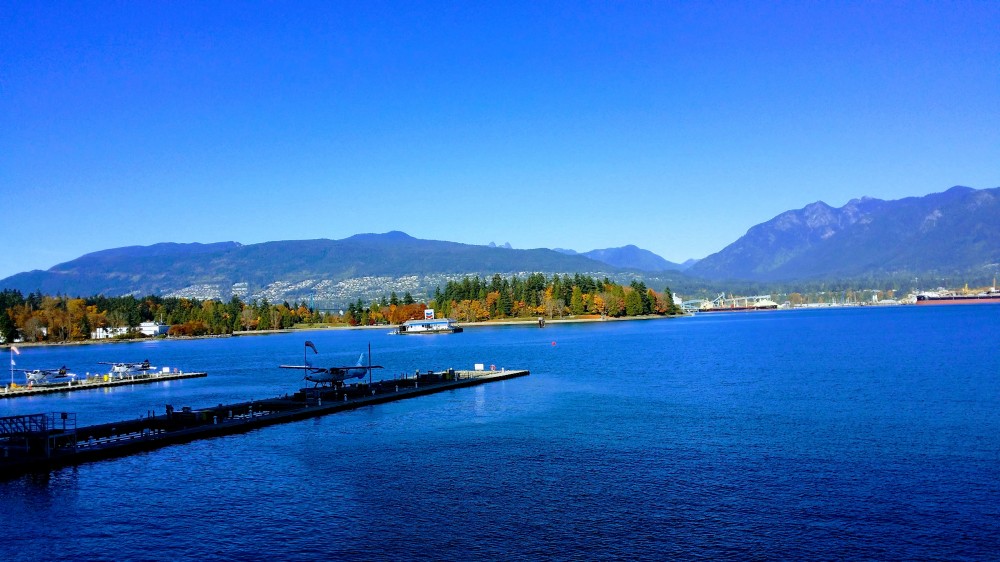 Sunday I decided to head to Stanley Park and explore it for the day. I started off walking for a little bit but then decided that exploring by bike was going to be the way forward considering the park spans 400 hectares. I headed out of the park and rented a bike from Spokes Bicycle Rental where I picked up a cruiser with a basket (of course) and a helmet for safety and then I was on my way exploring. I have to say seeing the park by bike really was the best way to get around. There are cycle and pedestrian pathways and a one way system in place so it is very safe and convenient to get around even for the most inexperienced riders. It took me about an hour to get around the whole park, of course stopping at many intervals to take in the spectacular views all around. When I got back to the bike rental company I found it had only cost me $12 for 2 hours which I thought was very good and I would highly recommend them. When I had returned the bike I headed to walk around a little more and watch the sun start to set before I hopped on the bus back home.

Monday brought me to Downtown Vancouver to explore a bit.  I headed to the Vancouver Art Gallery to take in some art, I am by no means an art expert but I do like looking around and taking in the art. This one had some interesting pieces shall we say which had me questioning the meaning of the word ‘art’, but it was still a nice way to spend the morning. Then I headed down to Canada Place which is like a convention centre on the waterfront which some shop and restaurants. It was nice to wander around and then I headed for lunch. I found an Irish pub of course called Mahony & Sons , giving me a great view of the water as I tucked into my lunch which was gorgeous. When I was done eating I decided to head back down the Seawalk to Stanley Park because I didn’t want to head home yet , I found a nice bench and watched as the sun started to set, a nice end to a great day.

Tuesday was my last full day on Vancouver and so I headed to the Van Dusen Botanical Gardens  for the morning. As it was Halloween the gardens were decorated in a Alice in wonderland theme with pumpkins everywhere, it was cool to see some of the carving that had been done , some to look like the faces of the characters.  I then wandered around the gardens on a self guided tour which really just involved me walking not taking too much notice, because it was autumn there weren’t many flowers on show but the leaves from the trees once again were amazing. I did end up in a maze which was cool, I had a slight panic attack after a few minutes thinking I would never find my way out but in the end it was all good. Then I headed to Bloedel Conservatory  which was cool, it was filled with exotic flowers and birds just roaming free. it was a little small for the amount of money you paid to get in but it was still nice to have a look around.After this headed back into downtown and caught the seabus to Lonsdale Quay where there is another market and it also offers a great view of the city and a great sunset. I had some food and a walk around before catching the seabus back across.

On Wednesday I spent the morning packing up my suitcase for the next leg of my trip which takes me to Washington. I then spent the afternoon wandering around downtown and getting some cupcakes as a thank you to my friend for letting me stay with here. Then it was time to say goodbye once more and head to the airport once again, I swear these days they have become my second home but I am not complaining.

Don’t  forget to lookout for the vlog about my trip coming soon to my Youtube channel.